AARC in the News

July 2018 –This article from Luxury Daily discusses how with this summer’s “Printemps Palace” campaign, the French retailer has teamed with local hotels to showcase Parisian-style travel – which makes this campaign an opportunity to showcase to both shopping and tourism Paris visitors. (https://www.luxurydaily.com/printemps-puts-focus-on-tourism-with-hotel-themed-campaign/ )

French department store chain Printemps is speaking to summer’s wanderlust in an effort that pairs hospitality and fashion.

For its annual “Printemps Palace” campaign, the retailer has teamed with local hotels to showcase Parisian-style travel. Shopping and tourism go hand-in-hand for many travelers, making this campaign an opportunity to showcase both to Paris visitors.

“Retail and tourism are very much intertwined,” said Ron Kurtz, president of the American Affluence Research Center, Atlanta. “Shopping is a major activity for tourists, especially in a fashion capital like Paris and especially for the affluent.”

Mr. Kurtz is not affiliated with Printemps, but agreed to comment as an industry expert. Printemps was reached for comment.

Printemps tapped photographer Fabien Montique to capture some of the latest fashions at these properties. The resulting images are featured in Printemps’ windows, bringing a touch of these hotels to the department store.

In a short film, a pair of models is seen on set. The video begins on Printemps’ rooftop as a model peruses a rack of clothes.

Next, the same model and a male companion are shown pulling up in a car outside of the Park Hyatt Paris-Vendôme, beginning their tour of the properties.

The campaign’s faces wear a variety of looks ranging from streetwear-inspired attire to eveningwear as they explore the hotels. They lounge in bathtubs, read books from a library and gather on a balcony for an aerial view of Paris.

During their tour, they are not alone, as a rabbit, peacocks and a horse join them.

“Hotels provide a good way to screen the audience for this promotion by level of wealth, which is important to Printemps,” Mr. Kurtz said. “By focusing on deluxe hospitality locations, Printemps will be getting exposure to its target market of the truly affluent.”

For the occasion, Italian fashion label Valentino is turning the department store’s atrium into a palazzo, bringing a touch of its home country to Paris. The Valentino Loves Printemps pop-up up shop will retail six exclusive pieces by the brand’s artistic director Pierpaolo Piccioli.

Bulgari is also hosting a pop-up for its Serpenti Forever Wild Pop limited-edition. The handbags with a snake-shaped clasp are getting a makeover in new colorways including pink and red.

Printemps Palace kicked off on July 19, and will run through Sept. 2.

Travel Trends
Shopping tourism is growing, but to best reach these potential consumers, fashion brands and retailers should begin marketing to them before they leave their home country, according to a report from Fashionbi.

Just as travelers heavily research hotels, restaurants, sites and entertainment before embarking on a trip, they are also using online media to plan their shopping excursions. Brands should ensure they are catering to their potential international clientele with Web sites in their native languages and social accounts on the platforms popular in different markets.

Paris’ tourism decline following the 2015 terrorist attacks will likely see a recovery in 2018 as the city works to reestablish itself as a top travel destination.

Tourism in Paris and its surrounding areas was negatively affected by terrorism, but the City of Lights is finally bouncing back as it focuses on shopping, culture and hospitality to regain its footing. Department store Galeries Lafayette and New York’s Museum of Modern Art (MoMA) along with Fondation Louis Vuitton are a few of the luxury players who are putting stock into a restored Paris this year.

“The partner hotels benefit by receiving ‘entertainment’ for their guests that will be interesting to them and provided at little or no cost,” Mr. Kurtz said. “Printemps gets access to its target market, many of which may reside in different countries and not be familiar with Printemps.

“Both get to introduce themselves to a segment of their target market with which they may have no existing relationship.” 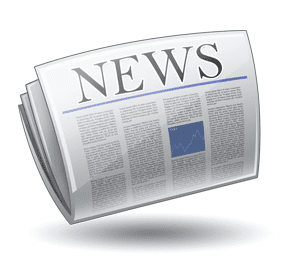