Affluent Report Positive Outlook for Their Personal Wealth, Their Spending Plans, and the Economy in New Survey

Atlanta, October 21, 2015Â â”€Â A favorable 12-month outlook for changes in personal net worth and after-tax income among the wealthiest 10% of U.S. households surveyed by the American Affluence Research Center was revealed in its new Millionaire Monitor report.

The report is based on the 27thÂ survey in the original and only continuous series of surveys of the wealthiest 10% of U.S. households based on net worth, which now number 12 million households with a minimum $1 million net worth.

The assessment of current and future business conditions, as well as expectations of the stock market, reflect a more positive view of the economy than last fall. This is contrary to the conclusions of some other researchers and despite the volatility in the stock market and the global economic uncertainty in September when the survey was conducted.

The favorable outlook for personal net worth and income is a positive factor for potential increases in spending by the affluent, who account for about 40% of total consumer spending.

There was a modest improvement from Fall 2014 in the spending plans for 11 of the 17 categories of products tracked by these surveys. One category was unchanged, and the remaining five categories showed negligible declines.

Almost half (46%) of the respondents plan to acquire one or more of 8 major items such as a new auto, a cruise, a home remodeling project, and a primary or vacation home.

While about a third (32%) of the affluent plan to defer or reduce expenditures during the next 12 months, this represents a record low for this metric.

The affluent households are forecast to spend $33 billion for December holiday gifts or an average of $2,773, which is about four times that of all households as estimated by the National Retail Federation (NRF).

NRF reports gift cards have been the most requested gift item eight years in a row. The affluent plan gift card spending of $5.6 billion (about 18% of NRFâ€™s estimate of total gift card sales).

The affluent will also give about $19 billion in cash and checks as holiday gifts. It appears much of this â€œgift currencyâ€ could be converted to gift card sales with more creative marketing by retailers and brands.

The survey identified awareness of, prior purchases from, and willingness to consider for a future purchase a list of 18 fine jewelry brands. An average of 11.8 brands wasÂ recognized. An average of 3.2 brands had been purchased.

About Us:Â Established in 2001 and with an exclusive focus on the affluent market,Â The American Affluence Research Center has become a recognized authority and a credible source of reliable insight and marketing information about the values, lifestyles, attitudes, and purchasing behavior of Americaâ€™s most affluent consumers. AARC conducts the original and only continuous tracking studies of the mood and future spending plans of the wealthiest 10% of U.S. households, based on net worth and consistent with the latest research by the Federal Reserve Board, the best source of data on the distribution of wealth in the U.S.

The new survey is based on a national sample representative of the wealthiest 10% of Americans based on net worth of $1 million or more. Net worth has been shown to be a more stable indicator of wealth than income in studies by both the Federal Reserve Board and the Internal Revenue Service. 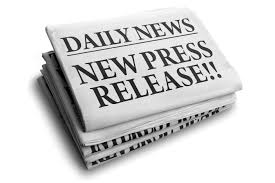